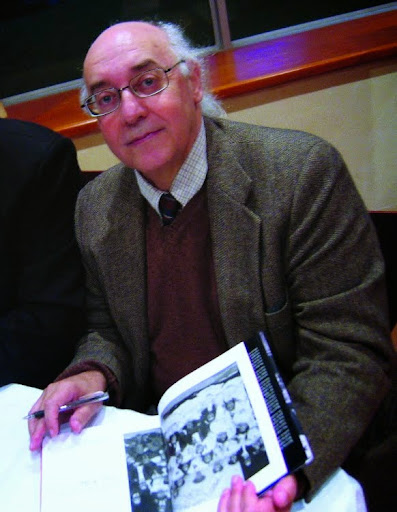 As the Director of the Isaac and Jessie Kaplan Centre for Jewish Studies at the University of Cape Town for the last 20 years, Professor Milton Shain has spearheaded the study of Jewish history in South Africa. We spoke to him on the eve of his retirement.

“Jewish Studies is a tremendous, rich and sophisticated field,” says Professor Shain, who is the Isidore and Theresa Cohen Chair in Jewish Civilisation at UCT. He specialises in the history of South African Jewry and the history of antisemitism.

“It has excellent career opportunities, not only as an academic,” he continues. “The Kaplan Centre provides wonderful facilities, financial support and is ideal for any student with a general interest in the humanities and Jewish studies in the widest sense. They should see the centre as a great opportunity — it is the only Jewish Studies centre in Africa and is well- respected at UCT.”

Professor Shain has taught a number of courses in Jewish history at UCT over the years, including on South African Jewry, modern Jewish history, medieval Jewish history, the Holocaust and the history of antisemitism, with his book on the subject being used as a textbook for that course — described by Stanford University historian of antisemitism, the late Gavin Langmuir, as “the best introduction to the field in the English language.”

These courses bring the study of Jewish history to a wide range of South African students as offerings in the Faculty of Humanities at UCT. However, one challenge is that many scholars still see the subject as ‘esoteric’ and removed from the mainstream. “It is always a challenge to ensure that young students are coming through to do postgraduate research,” says Prof. Shain. “We have to alert students, both Jewish and non-Jewish to the opportunities afforded by the Kaplan Centre”.

The Centre has indeed “enriched the community beyond the academy, as well as the Jewish environment at UCT in remarkable ways,” adds Prof. Shain. “We have a campus chaplain, offering great learning opportunities and pastoral care, and a library with a dedicated Jewish Studies librarian — the heart of any Jewish Studies institution. UCT is fully supportive of Jewish Studies and encourages post graduate research.”

In terms of topics that could be explored through postgraduate research, Prof. Shain says that much more could be done on the sociology of South African Jewry, including burgeoning religiosity and economic mobility. Comparative approaches would enrich our understandings.

Furthermore, “there is increasing interest worldwide in transnational history and Diaspora studies, and work on South African Jewry could enrich these fields. The Kaplan Centre is the ideal place for asking questions about South African Jewry, past and present,” he adds.

Prof. Shain has written a number of very successful books, including The Roots of Antisemitism in South Africa (University Press of Virginia and Witwatersrand University Press 1994), which won the UCT book prize, Antisemitism (Bowerdean Press, London) and T he Jews in South Africa: An Illustrated History (co-authored with Professor Richard Mendelsohn and published by Jonathan Ball). Mendelsohn and Shain have just completed an updated edition, which is available in the bookshops. Professor Shain is also close to completing a new book on antisemitism in South Africa in the 1930s and 40s.

The highlight of his time as Director of the Kaplan Centre, according to Professor Shain, has been “working with the Kaplan family and especially the late Mendel Kaplan — he was not only incredibly generous in supporting the centre, but was a fertile thinker in his own right. He supported the hosting and attending of conferences, and interacting with world class academics and visiting professors, which was a privilege for me.

“Mendel Kaplan’s foresight and vision in establishing a Jewish Studies Centre should be appreciated not only by Cape Town Jewry, but by South African Jewry as a whole.”

Mensch — building a community of change-makers