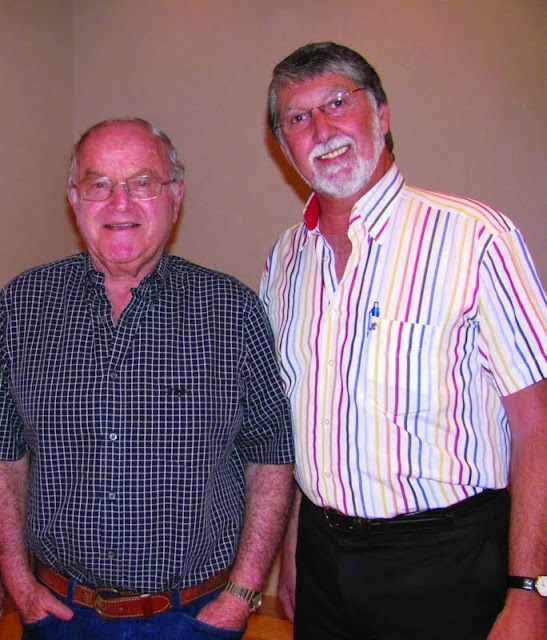 “My time in this extremely Zionist community of Cape Town had a profound impact on my life,” says Sidney Shapiro, who is retiring after 42 years at Telfed-South African Zionist Federation (Israel), of which 31 years were as Director. He told us more about his life’s work for Zionism and Telfed’s extensive activities in Israel.

Born and bred in Cape Town, Sid was intricately involved in the Zionist movement in South Africa from a young age. He joined Bnei Akiva at the age of eight and went on to be its Chairman years later, which was the beginning of a career that included leadership of the Student Jewish Association (now SAUJS), and the Cape Zionist Youth Council. This included selecting and screening volunteers to help Israel in the Six-Day War.

Sid made Aliyah in 1970. “It was always a foregone conclusion that I would settle in Israel, as the Zionist movement has been a major part of my life,” he says. His first role at Telfed was as student counsellor for new Olim. After holding positions as Head of Aliyah Department and Deputy Director, he was appointed Director.

Sid explains how the organisation began in 1948 as an extension of the South African Zionist Federation, but became independent about 15 years ago. It still works closely with the federation, especially in the field of Aliyah. However it now makes its own policy decisions and does its own fundraising. “While the major part of our fundraising is done in Israel, the Cape Town Jewish community has always been one of our main supporters,” emphasises Sid. In fact, he sees Telfed as “an extension of the South African Jewish community,” not a separate entity. “We are a community organisation, representing Southern African Jews in Israel,” he explains.

Telfed’s work is multifaceted, but can be divided into broad categories. These include integration of South African Olim, welfare, volunteerism, communications and housing. “In a way, we are like the UCF, IUA and Welfare in Cape Town, as we take on all three functions,” says Sid.

Assisting South African Olim in absorption is a key focus, and Telfed does this through the work of professional counsellors and social workers, and welcoming every Oleh into an extensive community network. Telfed is also unique in that it has its own housing project — it has built apartments which Southern African Olim can rent at a reduced rate for three years.

Telfed also devotes much of its resources to welfare, particularly as its constituents are aging, often depend on the weak Rand for income, and are living longer. Along with financial and emotional support, the organisation has instituted a truly beneficial system for all. Called PRAS, “Telfed offers increased bursary funds to students if they sign up to do three hours of community service a week. The programme has become extremely popular, and assists Telfed in its welfare efforts, as students work with those in need within the South African Olim community,” explains Sid. This volunteerism can range from being a companion to the elderly, tutoring a child or helping someone with special needs. Telfed also ‘holds the community together’ through extensive media work, including an email newsletter every two weeks, an updated website, social media and a magazine.

“All these efforts are not only to create a Southern African Olim community — they are also to help Olim integrate into wider Israeli society,” says Sid. Thus, Telfed runs a number of social entrepreneurship and outreach programmes, which create spaces for South African Olim to interact with the general Israeli public. This includes working within the Ethiopian community; or running an education andaftercare centre.

In terms of Cape Town community connections, Telfed has instituted an annual scholarship at Herzlia School in Cape Town, which subsidises one graduate to study in Israel. It also is hoping to assist in reconstituting the Israel Ulpan programme for Herzlia this year. Looking back on his time at Telfed, Sid’s memorable moments include working closely with Natan Sharansky and Yuli Edelstein when assisting with the Russian Aliyah. Telfed played a little-known but integral role in this, offering housing and absorption benefits to Russian Olim.

Another memorable moment was back when Sid was working for the Western Province Zionist Council, and became Prime Minister David Ben-Gurion’s driver while he was visiting Cape Town!

“Telfed certainly has a special relationship with the Cape Town Jewish community,” says Sid. “I think that we’ve brought that South African Jewish community culture to Israel — the warmth, volunteerism, tzedakah and helping our own. I am very proud of that. Now we’re inculcating it into the next generation.”

Education and kindness — a basis for positive change

Jewish Chronicle - September 2, 2019 0
The first 1000 days of a child’s life are the most significant.  It is in these important moments that...