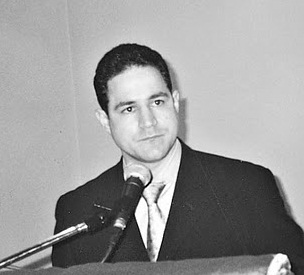 After a decade of this column, Israel is less secure than when I started writing it — and it is political inertia and a lack of peace — not Iran, Hamas, or Hizbollah — that are the reasons why

After 10 years of being the Cape Jewish Chronicle columnist, the time has come to write my last ever column. All things must come to an end, and what better time to call it a day than on one’s 10th anniversary

As I started to consider how to approach this column, it began to dawn on me just how long a decade is, and in particular when it comes to the Middle- East and associated matters. What a remarkable, eventful and momentous decade it has been — a period that has seen so many highs and so many lows, which started with talks of peace and that has ended during years of uncertainly and conflict.

It has been the ultimate political rollercoaster.

When I started writing the column, Ehud Barak was Israeli Prime Minister, having defeated Bibi Netanyahu six months earlier. Today history has, eerily, repeated — Bibi is again Likud leader and prime minister, with the same Barak again the Labour leader and a minister in the government. In between, PMs Sharon and Olmert have been and gone, as have Presidents Clinton and Bush, and of course Yasser Arafat. And peace, that in 1999 seemed just a short while away, has proven elusive and unattainable, if not outright unrealistic.

In between, we saw the hopes and then disappointments of the ‘Final Status’ talks in late 2000 at Camp David, and at Taba in early 2001, followed by Ariel Sharon’s landslide election victory in Feb 2001 as the Second Intifada raged. Soon followed all-out conflict between Israel and the PLO, with the ostracism of Arafat by Israel and a USA now led by George W Bush.

By now the Oslo Process was dead, all the progress made since 1993 having quickly evaporated. Attempts to kick-start a resumption of talk came in 2003 with the launch (by the Quartet) of the Roadmap, but this in turn proved to have been delivered still-born.

Arafat’s death in 2004 paved the way for the more dovish Mahmood Abbas (Abu Mazen) to become PA leader, which, combined with Israel’s historic unilateral withdrawal from Gaza in 2005, raised hopes of possible optimism in Israeli-Palestinian relations.

Yet 2006 saw a harsh reality check, the year starting with Hamas winning the PA parliamentary elections. Soon, amidst growing PLO-Hamas tensions, the radical Islamists took the Gaza Strip by force.

Olmert was to take over as acting PM after Sharon was permanently incapacitated by a series of strokes, and later in the year Olmert led his Kadima party to become the first Centrist party to win an Israeli election.

Yet the regional dynamic was to further deteriorate with the hugely controversial July-August war between Israel and Hizbollah. The Israeli public’s perception that Israel had lost the war was to irrevocably damage Olmert’s leadership credentials, and plans to unilaterally withdraw from the West Bank were shelved.

2008 saw further crises. In late July, Olmert, facing investigations for corruption and financial irregularities, announced his resignation, to be replaced by Tsipi Livni. Yet, with Olmert still as Acting PM, the year ended and 2009 began with another major, and controversial, war — this time between Israel and Hamas.

Unable to form a government, Livni subsequently called an election, which was held on February 10. Her Kadima won most seats, but Bibi’s Likud was invited by President Shimon Peres to form the government.

On August 30 an indictment against Olmert was served at the Jerusalem District Court.

In this decade, the region also saw the 2003 Iraq war and the chaos there since — a part of Bush’s ‘War On Terror’ that had followed the global shock that was 9/11, an event mankind will remember for many centuries to come.

This review of the past decade is no mere reminiscence. It is hard to imagine a more important and tumultuous ten years in Middle-East history. And learning from the lessons it should have taught all — the Israelis, Palestinians/Arab world, Americans — is vital, absolutely vital, if the next decade is going to be positive and progressive.

Throughout the ten years of this column, corruption and scandal has hung over Israeli politics. Leader after leader has been accused of, investigated for, and often convicted of some form of irregularity, immorality or criminality.

Every Israeli PM since the mid-1990s has faced a sleaze or corruption investigation, and the previous two presidents have resigned — Ezer Weizman over corruption allegations and Moshe Katsav over rape and sexual assault allegations.

And as the cases grow, the Israeli public’s trust in its politicians and the political establishment in general has collapsed. Election turnouts are at an all-time low.

The consequences of this are dire. As I argued in my column in March, it may not be Iran or Hamas or Hizbollah that poses the greatest long-term threat to Israel and its future stability, even existence, but its political systems and internal political inertia.

As I wrote then, “Failure to address the growing crisis that is (Israel’s) political quagmire may pose the greatest long-term threat to Israel’s social and political stability and cohesion. For a country that goes for decades without secure and strong government, where subsequent administrations are a cobbling together of disparate elements constantly watching their own backs, where no government can implement their core policies, and where the public go to the polls every couple of years, is a country that is rapidly losing its social and political viability.”

Israel faces just such a reality if action is not urgently taken. Yet — frighteningly — when it comes to the subject, Israel and her friends abroad are doing a rather good impression of an ostrich with its head in the sand. Israeli politicians remain consumed with the day-to-day challenges of this most volatile and uncertain of political realities, and so ‘the bigger picture’ will continue to be ignored.

Peace Now , Or Self -Destruction Later

The lack of peace has also — undoubtedly and unequivocally — eroded Israel’s own idea of self, and its moral outlook. Controlling a foreign population can only morally erode a state, especially one like Israel that was established on a moral premise, no matter how ‘morally’ or ‘carefully’ that control has been administered.

This reality has long since been recognised by Left, Centre and Right in Israel. This is why Israel’s two historic and courageous territorial withdrawals, from the Sinai and from Gaza, were carried out by ex-generals previously considered the darlings of the Israeli Right (Begin and Sharon). Yet the politicians cannot yet see the long-term consequences of a lack of peace, none daring to ‘take a chance’ when it really matters.

And the Palestinians need to learn this lesson fast too — for while a lack of peace hurts Israel, and the pain will only grow, this pales into insignificance in regards to what a lack of peace does to Palestinian society and political stability. If PLO/Fatah leaders keep holding on to the tired political slogans of the past, and seeking a pretence of power when they have never been weaker, the Palestinian cause will fall into the political abyss. And what is bad for PLO/Fatah is bad for Israel — for when the relative moderates fail and fall, it is the extremists Hamas who will pick up the pieces.

And Jewish communities, be they in Cape Town, London or wherever, must play their role — and that role cannot come from blind support of Israel, or from refusing to air debate on difficult issues just because Israel’s enemies will abuse that debate for their own purposes.

Israel cannot afford to fight its wars any more the way it did in Lebanon and Gaza — no matter how just or justified in general terms the conflicts themselves may be. The political and reputational damage they cause Israel abroad is simply too great, and will result in ever more Goldstone-like responses. And only when its friends say so — loudly yet appropriately, lovingly yet unequivocally — will the message get through.

Anti-Israel sentiment globally remains rife, but Jewish communities cannot allow their discomfort and dislike of this phenomenon to allow the community to stop being an honest friend of Israel. Total and absolute support from Diaspora communities does Israel no favours.

Israel has never been more physically secure as a state, yet as the years pass it becomes ever more politically and sociologically weak, and is thus at peril. Pretending everything is alright, or hoping the problem will go away without intervention, simply won’t do any more. Action is needed now, and with Israel too preoccupied with petty and short-term political squabbles, it needs prompting and prodding from its friends.

I therefore sadly end my time as columnist on a pessimistic note, but such is the current reality. But then pessimism and optimism are relative. As has been said: “The optimist believes we live in the best of possible worlds … and the pessimist fears he might be right!”

I sincerely hope to be writing again as an optimist — my natural inclination — sooner rather than later, when times change. But I won’t be holding my breath.