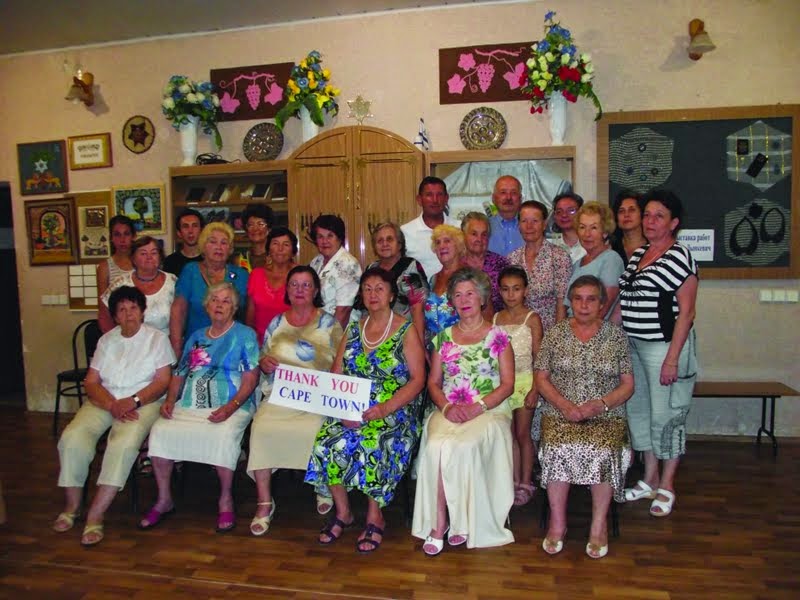 An amazing relationship between the Jewish community of Cape Town and Hessed Yahad in the Crimean city of Feodosia began in 2012.

At that time, several people from Cape Town made a pledge to help the poor Jewish community in the city of Feodosia in Crimea (at that time of Ukraine). In absolute political chaos and economical turmoil elderly Jewish people of Feodosia were forced to survive and depend on Ukrainian government pensions of just R900 — R1200 a month. The help from these South African Jews was greatly appreciated. It’s very important to mention that most of these Crimean Jews are in their 80s or older. Most of them went through horrors of Holocaust and World War II, death camps and orphanage houses. The only place where these Jewish pensioners,can eat a proper meal once a week is at Feodosia’s Jewish Community Centre of ‘Or Sameach’.

The Jewish community of Feodosia’s roots go as far as 2000 years back. At the beginning of the 10th century the first synagogue was built in Feodosia — it was one of most ancient Jewish building on the territory of the former USSR. This building was destroyed by Nazi air raids in 1941. During the Nazi occupation from 1941 — 1944 more than 2000 Jews of Feodosia were murdered in mass shootings.

In the 1930s, the Crimean Peninsula was a prototype of the kibbutz movement and many Jewish families were settling in this ‘paradise’ land. Jewish farmers of Crimea used the most progressive agricultural initiatives and were able to achieve tremendous results. From the 1930s until the beginning of WWII, there were several Talmud and Torah buildings in each Crimean city, Jewish schools teaching people in Yiddish, Kosher shops and all sorts of Jewish life.

I was there last in August 2013 and with help from our great Jewish community of Cape Town, we were able donate to the elderly Jews of Feodosia almost R9000. This money was used to buy warm winter clothes and shoes, heaters for the houses and extra food.

As we all know, today the Peninsula of Crimea is part of the Russian Federation and due to political and economical uncertainty, people of that region are yet to receive monthly pensions. All this make their lives even harder and challenging.

Thank you to all the good-hearted people of Cape Town for your generous donations and willingness to help.

Jewish Chronicle - February 25, 2019 0
Chabad on Campus Portfolio: Creative Director I have always believed that the heart of the community lies in its...