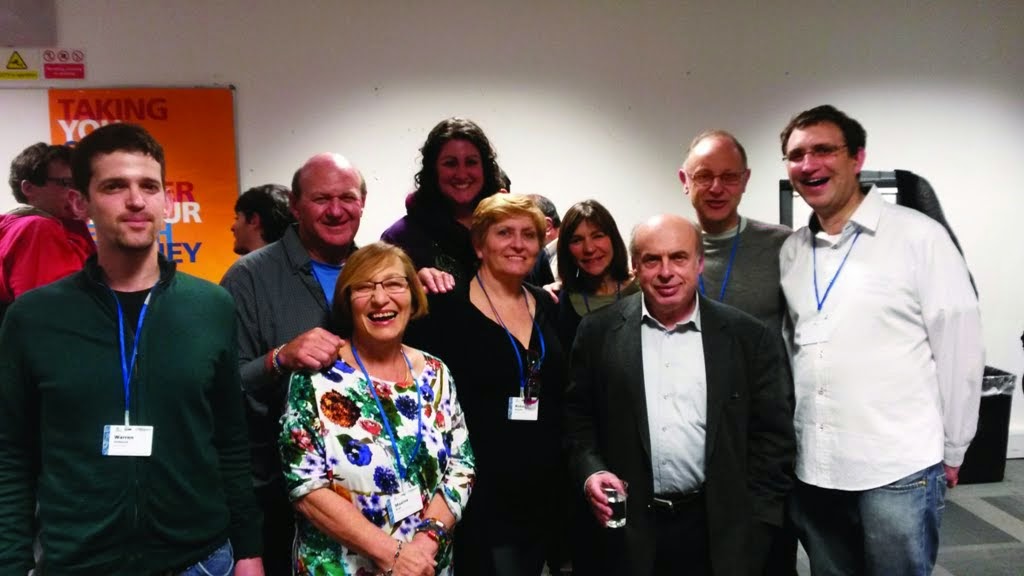 Recently, of a Limmud I was part SA Delegation that attended the Limmud UK Conference 2013.

The delegation Cape consisted Town of myself, my husband Victor, and Jackie Maris. Debbie Staniland and Lydia Abel also attended on behalf of ORT. There were also delegates from Durban and Johannesburg.

This year’s conference was the biggest in history, with 2,612 participants. From the start it was apparent that we were in for an amazing 7 days of learning and meeting Jews with a variety of views.

The conference was a hive of activity with 1000 sessions and over 450 presenters. Sessions ranged from yoga, to Israeli Dancing, Beit Midrash, European Jewish Life, and a host of other activities. Our schedule usually started at 8am , ending with the last session at 11pm.

We found that the Limmud programme is more than just formalised sessions, it is that also about take place conversations outside the programme.

The conference is a fantastic opportunity to try something you won’t together find elsewhere. people It brings from all around the globe with all manner of talent and interest. This was further emphasised by us attending the Limmud International sessions, the highlight of which was when we met and conversed with Jewish Agency Chairman Natan Sharansky. Many of the participants were from diverse parts of the world. In conversation, it was interesting to establish that each country has common issues.

We were also privileged to be present at the historic event where ex-Capetonian and Chief Rabbi of the UK, Ephraim Mervis, presented a session on Conflict Resolution linked to the story of Cain and Abel.

I hope that I can use the knowledge gained to further improve the Limmud 2014 Cape Town events.

BDS – Burning bridges instead of building them