In the age of the individual with differing outlooks, how do we operate as a community? 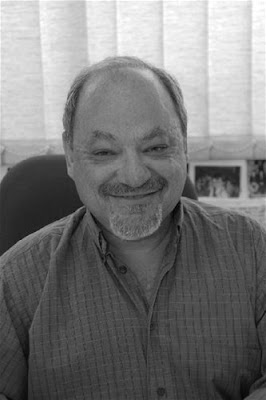 We live in an age in which individualism has been elevated to a status unknown in earlier times and this presents a challenge to a community whose cultural and religious expression has been largely communal rather than individual.

In Judaism, community is viewed not as an imposition or even as a pragmatic social structure, but as a value which implies solidarity and commitment, and which gives people a sense of belonging and identity. This is embodied in terms such as ‘Klal Yisrael’, and in statements such as ‘Kol Yisrael arevim zeh bazeh or al tifros min hatsibor’.

Modernity, however, has brought a shift and a challenge to collective identity. In the modern age, community is entirely voluntary and elective and the individual is free to choose between shifting identities and allegiances to a variety of communities, no one of which can in itself necessarily be considered an ultimate determinant of personal identity.

This sets up a tension between a sense of identity rooted in what has been termed, ‘The Sovereign Self’, or individual autonomy, and between the notion of religious or communal authority. Even affiliated Jews are free to choose from a Judaism which is pluralistic and varied in its communal manifestations — that is, in denominationalism and modern forms of Jewish identity such as Jewish secularism — or even to adopt a smorgasbord approach, rooted in personal choice and not in a sense of being under the jurisdiction of Torah injunctions as mediated by rabbinical and traditional authority.

In keeping with the post-modern zeitgeist, for many Jews the very concept of one narrative, one truth and one authority is anathema.

What does this mean for our South African Jewish community?

Putting aside those who choose to opt out, there are a large number of people who do identify with the Jewish community, but who find themselves in dialectic tension with the majority, mainly in terms of religious ideology or with regard to attitudes to Israel.

It is on these two dimensions where the potential for rupture is at its most powerful and threatening to communal unity, unless we, as a community, embrace diversity and pluralism. This is not easy. On the religious or denominational level, acceptance of the legitimacy of other interpretations can be seen to undermine the fundaments of one’s own belief system in a haze of relativism, and thus tensions created by denominationalism are inevitable.

The modern age does not present us with the first example in history of Jews disagreeing with Jews on the nature of Judaism. Before our time, priests and prophets, Pharisees and Sadducees, and Hasidim and Mitnagdim have disagreed fundamentally.

As was the case then, we need to accept that contemporary streams of Judaism may not always be able to confer legitimacy on each other, and it is therefore fruitless to strive for ideological unity, although in the absence of cooperation there are core issues which will increasingly challenge our existence as one community or indeed as one people — such as the most basic question of who belongs to our community — that is, who is a Jew, and indeed who decides.

New religions have been founded on lesser disputes.

In the light of this, we ask whether communal unity is nonetheless attainable.

In Cape Town, to a large extent, the different streams of Judaism have been able to cooperate on many levels, but we have witnessed occasional outbreaks of schismatic behaviour, at communal functions, even those not inherently religious in nature. We need to defend and safeguard our traditional atmosphere of relative tolerance.

The second major faultline within our community is with regard to attitudes to Israel. Most South African Jews anchor at least part of their Jewish identity in Zionism. This includes critics of specific Israeli policy and actions. Setting aside those ‘of Jewish origin’ who, like the rasha in the Haggadah, distance themselves from the community, there are Jews who remain within the fold, but for whom Israel is either not important, or even anathema.

The question we face is what is our community to make of those who break ranks. How does a community deal with dissent, especially when that dissent is expressed in the wider community?

The challenge is to find the balance between the right of the individual or minority group to dissidence, and the right of the community to protect its boundaries and fundamental belief systems and defining values.

I will not pretend to be competent to answer these very difficult questions, but I would like to suggest a few pointers. The first is that the very notion of community implies unity and respect. However, community is not about uniformity. That would be unsustainable and indeed undesirable. A community can only exist if it is prepared to tolerate or even celebrate diversity within its ranks. In his latest book, ‘Future Tense’, Chief Rabbi Sir Jonathan Sacks notes, “I see a Jewish people as divided as it was in the last days of the Second Temple” – a time in which divisiveness, sin’at chinam, is said to have brought about the great catastrophe.

We cannot afford metaphorically to lose the Temple a third time. Chief Rabbi Sacks notes that that are many spheres in which we can lay aside our differences, and where Jews of all kinds can and must cooperate in Jewish civil society — a view which mirrors that of one of the foremost thinkers of Modern Orthodoxy, HaRav Soloveichik.

Perhaps we can draw on a guideline offered by the Rav, who distinguishes between two covenants; the Covenant of Faith or Destiny, and the Covenant of Fate. While the Rav’s exclusion of all non-halachically bound Jews from what he terms the Covenant of Faith will not be universally applauded. Nonetheless, in the Covenant of Fate, the Rav lays emphasis on the common fate of all Jews. Jews, after all, do have a shared sense of history, culture, tradition, and values, and the community as such, outside of religious institutions, is not obliged to accept definitions espoused by any one sector, religious or otherwise, as obligatory in terms of belonging to our community.

In other words, let us disagree on the ideological plane, yet let us still respect each other, and work together for the benefit of the entire Jewish community.

Where does this leave us when it comes to a project like Limmud, which this year attracted 2000 participants for two days of Jewish learning, and which is proudly pluralistic, offering in the words of the Jewish Chronicle in the UK, a “broader, more open experience of Jewish community”? It is surely unfortunate that this exciting development in our communal life has not been welcomed uniformly, notwithstanding legitimate barriers created by certain ideological stances.

On the issue of Israel, as on other issues, Limmud has successfully offered a model for diverse voices to be heard.

When we disagree on such fundamental ideological principles, it is naive to believe that our communal boundary and cohesiveness will not be strained to the very utmost. We do need to engage with those within our community who speak honestly with dissenting voices. However, this is not to suggest that all boundaries are to be collapsed. While we should never deny freedom of expression, our community cannot be expected to support or condone voices which undermine basic principles which are dear to it, such as the legitimacy of the State of Israel, or its army, without which it would not exist. (I distinguish, of course, between this and valid debate about any actions or policies undertaken or espoused by any specific Israeli government or its representatives).

The recent visit of the Shministim is a case in point. In Johannesburg and Cape Town the Jewish schools reserved the right not to offer legitimacy to the viewpoints expressed by this group by offering a platform for the expresson of views which are diametrically opposed to fundamental principles.

While this view is controversial, as was the decision by the Board to allow this group to use the Albow Centre, in my opinion, this was a highly principled stance and even a brave one, given that in many ways, this may not have been the easiest option.

Defending our right to decide who uses our facilities and for what purposes, does not, however, equate to condoning disrespectful and aggressive behaviour to those who hold different views, which I understand was the case at the Albow meeting. At the same time, public attacks in the general press on the school’s position or that of the Board, should be regarded as equally intolerant and aggressive in its own way.

In summary, if we want to be one people, and one community, we need to accept that unity is not the same as uniformity, and we need to operate within a framework of ‘Kol Yisrael areivim zeh bazeh’. While neither side in this debate should feel forced to compromise essential principles which it holds dear, we must strive to ensure that our differences do not irreparably divide us, when there is so much that unites us. The strength of our community, indeed our future as one Jewish people, demands this commitment.