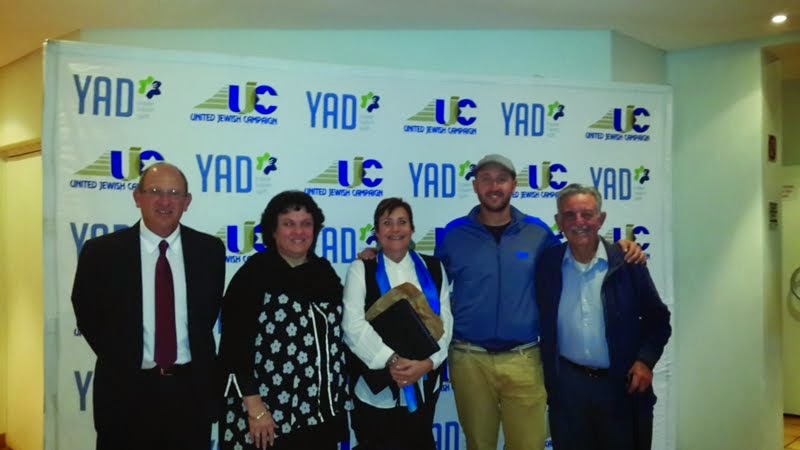 The objective of the meeting was to inform the community of the results of the 2012/13 Campaigns, its goals going forward, and the announcement of the new Chairperson, Alison Katzeff, and her Executive.

The AGM once again highlighted that the UJC is the central fundraising organisation of the Cape Town Jewish community, supporting some 27 beneficiaries of the campaign, to enable them to fulfill their respective missions.

Executive Director Barry Levitt informed the meeting that the UJC had been tasked to raise R63.5 million across the divisions of the IUA/Telfed (Israel), the UCF and Welfare for 2014.

These funds are then allocated in the best interests of all the beneficiary organisations by the Allocations Committee, headed up by Ronnie Stein.

A special mention was made of the overwhelming support from the Cape Town community for the recent Israeli Emergency Appeal, with just over R3 million being raised — the highest amount of money raised per capita in the world for this project.

Philip Krawitz, Chairman of the Board of Trustees, spoke about the wonderful and heartwarming support received from the Cape Town community.

He thanked everyone for their dedication and hard work and wished Alison Katzeff b’hatzlacha for the year ahead.

Alison thanked Michael Barr, the outgoing Chairman, for his passion for the Cape Town Jewish community and Israel, and for his involvement over the past two years.

Alison accepted her role with much enthusiasm and says that she looks forward to all the opportunities and challenges ahead as Chairperson of the UJC.