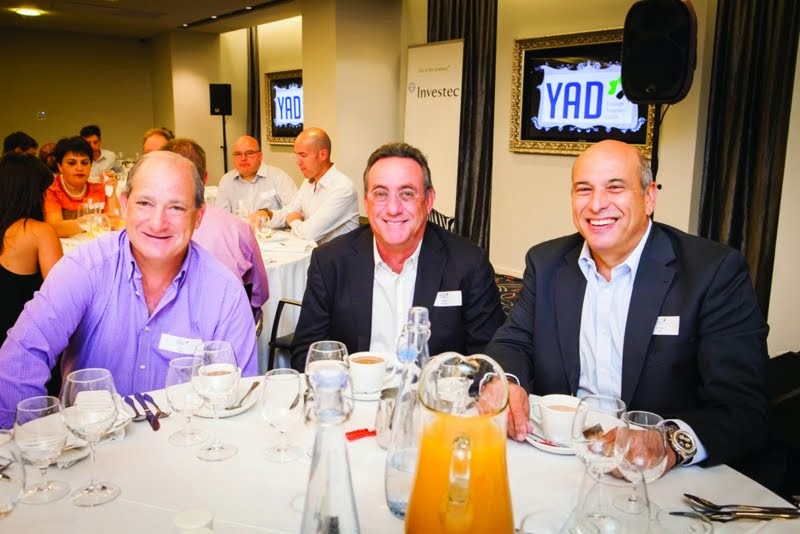 When asked to what they ascribed their longevity (+- 35 years each in the industry) and success, weathering all kinds of economic and political storms, the panellists responses were very similar:

“You have to keep reinventing yourself and be able to adapt,” said Sam Hackner, emphasising the importance of a support system of good friends, good bankers and good relationships. He related how in tough times he still used the same few architects; and developers, who also took a risk; and then when times were good again they reaped the rewards.

Arthur Gillis relayed a story about the importance of relationships. When the Twin Towers came down, Marriott lost a hotel. Despite this, they called Deloitte, who had also lost offices and personnel, and offered them 4 floors office space in another Marriott Hotel totally rent-free. This was during a time when Marriott could have charged the earth for hotel rooms, and yet chose to assist others in need during a tragic time. The result was that 100% of all Deloitte’s relevant business now goes to Marriott Hotels.

John Rabie described how he and his partners ‘unlocked’ a billion rands worth of property by suggesting to Telkom that they allow Rabie to develop the land at Marconi Beam in order to re-house 10000 people in the 1990s.

Prior to this, industry was generally miles away from where people lived. The plan was to create a mixed-use development concept, bringing people and work closer together with an urban plan — with retail, commercial and offices all together.

It was a ground-breaking idea. Today there are still active social programmes and schools being run, adding value to those communities.

One thing that was apparent from hearing all the panellists is that property is to be viewed as a long-term investment and it is not for those seeking quick profits.

It was heartening to see so many of property companies coming out to support and be inspired by these amazing panellists.

The delicious breakfast was prepared by stalwart YAD champion Merle Rubin, ensuring that everyone was significantly energised for the day.

Cape Jewish Chronicle - February 7, 2018 0
By Jaime Uranovsky While curatorship is a profession which may involve the handling and keeping of ancient objects and works, the industry is anything but...