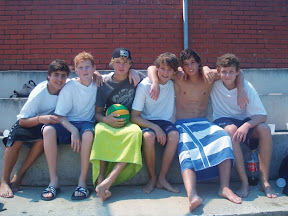 15 Water Polo teams comprising over 80 players of both sexes took to the water in perfect weather conditions for the Maccabi Action Water Polo tournament held recently at Herzlia.

After a number of hotly contested matches, the Men’s tournament was eventually won by ‘The Rabbis’, with the Ladies’ honours going to ‘The Old Ducks’.

A big thank you to all our sponsors: Herzlia, Picardi Rebel, Fire & Ice Hotel and Flash Meats – and to everyone who made the day such a wonderful success.