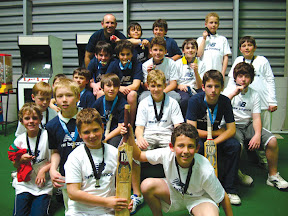 Maccabi Western Province held their first ever Action Day on Sunday 28 September 2008, with over 100 participants and supporters attending the sporting day. Senior and Junior Cricket, as well as open Netball roundrobin tournaments were held.

The level of play was extremely high, with plenty of classic cover drives, sixes, run-outs, goals and even a hat-trick! In fact, the referees even suggested that a few of the teams would be competitive in league play — something that Maccabi Western Province is considering, so please watch this space!

Our thanks to the sponsors: New Balance, Mike Sports, Batman Cricket Services and Derek Watling Agencies

Thanks to Wayne Myers for coordinating the day, and we look forward to this becoming a regular event on the Maccabi Western Province sporting calendar.