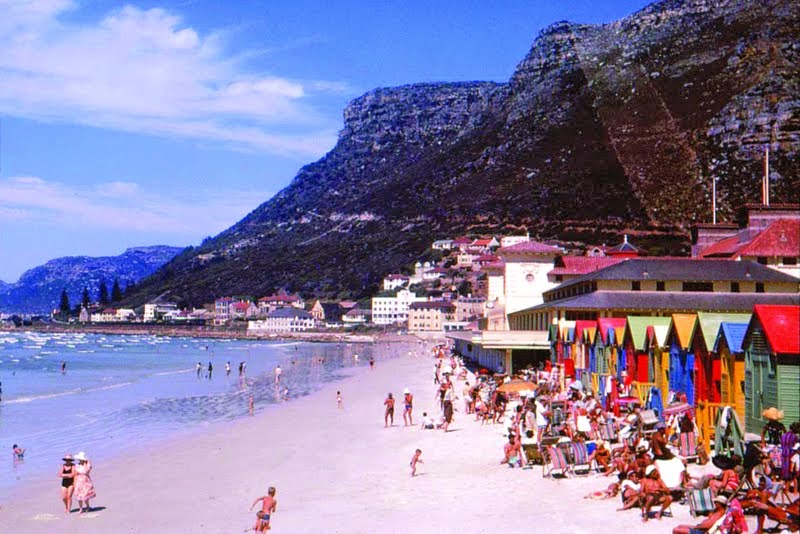 Muizenberg holds a special place in so many memories, and it is also filled with Jewish history and incredible stories. Now, Hedy I Davis has tried to capture it all in her new book, Muizenberg — The Shtetl by the Sea. She tells us more.

What motivated you to write this book?

Soon the concept of the title came to my mind, Muizenberg — (the story of) the Shtetl by the Sea. I had worked off 110 memoirs for the exhibition — in the next two years, I collected over 400 more, and I was entrusted with hundreds more photographs.

I also had the opportunity to research documents that had been kept in families for decades, plus the major Muizenberg Shul records. The enthusiasm and support of my contributors kept me motivated not only to write the story, but also to make sure that it would be published.

Why do you think Cape Jewish Chronicle readers will find this book fascinating?

I tell the story of this amazing Eastern European community who turned the village of Muizenberg into their own home from home, and developed South Africa’s premier holiday resort right on the doorstep of Cape Town.

There is not one person out there who does not have personal links to the village as it was in its heyday, or does not have their own personal Muizenberg memories. People have told me how much they love the photographs, so beautifully cleaned and digitalised by my friend Jonty Peters, who had also prepared all the photographs for the original exhibition. They provide a record of the changes wrought through the years in Muizenberg and of the people who populated the village.

What has been the most rewarding aspect of writing this book?

Through the years I have met some wonderful people, who have generously shared their life stories and intimate memories with me. They have also become dear friends who have encouraged me all the way and I truly treasure the trust placed in me.

We have sat looking over old photograph albums and discussed memories that come back to these folk as we page through well-thumbed family albums. I have enjoyed immensely putting together the story which virtually wrote itself…. I had so much material at hand and I tried to make mention of every family that has been brought to my attention. The back index contains 1650 names, including all the hotels and boarding houses that were the heart of the commercial success of Muizenberg.

What have been some of the biggest challenges?

My goal was to bring alive the heart-warming story of a remarkable community between the years 1880 and 1980. The wonderful comments I have received from many of those who have already bought and read the book, assure me that I have succeeded. I am being told over and over again, how reading the book has stirred memories long forgotten and how much my readers enjoy that. I know for a fact that many of them are not Jewish, but they too have loved reading about the village where they had grown up, and to find out more about their neighbours. The Chairman of the Muizenberg Historical Conservation Society bought the book late one afternoon, and returned to the pharmacy next morning to say that he could not put it down till he had finished reading it!

Can you tell us some facts about the Jewish community in Muizenberg at the height of its success?

Muizenberg hummed during the short summer season — thousands of Jews flocked there from every place one can imagine in South Africa, and from beyond the borders from South and Northern Rhodesia, and beyond to the Congo. They would uncomplainingly put up with the inconvenience of sharing with a dozen or more strangers a scummy bath at the end of the corridor and decades later laughingly tell me — who came to Muizenberg for a bath when you could swim in the sea everyday!

The locals would make place for relatives or desperate folk who would pay handsomely to stay in Muizenberg. Everywhere one would hear Yiddish, be it in the hotel dining rooms or on the Promenade. The place was alive with the thousands of visitors staying there and parking spaces at the beach were at a premium for Capetonians who visited on a Sunday. The hotels and shops did great business and in a few short months covered the costs of that time of the year when commerce slowed down.

What are some of the much-loved aspects of Muizenberg that readers can look forward to re-discovering in your book?

I try to tell the stories of many hotels in some detail, because the visitors from up-country have their memories of the wonderful hotel meals they enjoyed. I try to recapture the feel of the village that the residents remember, where many played cricket in the streets, or played hop scotch on the pavements on lazy afternoons. Most of all, I try to recall the story of the wonderful community and their precious Synagogue that was the heart of the village — because no matter what, everyone crowded the Shul on a Shabbat evening.

Can you share a special story you discovered while researching this book?

It seems that the Schlesinger story I researched has come as a great surprise to many — but you will have to read the book to find out about that one! There are humorous stories that have never been told before, and the sad stories that no one ever spoke about. Too many special stories to pick just one!

You explore why the community in Muizenberg declined. Can you tell us more about this?

From the very beginning, young people who were born and grew up in Muizenberg had a tendency to leave for greener pastures once they had finished their education — several told me that while growing up in Muizenberg was paradise, there came the day one realized that the outside world was a lot more exciting.

Then came a time when people had so many more choices of where to holiday — there were direct flights to Israel; and Plettenberg Bay, Durban and Umhlanga offered Sol Kerzner-styled holiday palaces with facilities that the Muizenberg hotelier could not possibly match. From one day to the next Clifton became the ‘in’ place to be seen, and the visitors stopped coming to Muizenberg and the village soon lost its main source of income.

In the years post Sharpeville, the flow of immigration that would gather momentum after the Soweto riots of 1976 began. That would include many Muizenbergers and sadly the Shul records reflect the dwindling number of members of the community. Still they had Rabbi Rockman and a handful of dedicated stalwarts who have been able to keep the Shul alive till today.

What do you think is the future of Jewish life in Muizenberg?

It is sad to see how few people attend the Shul services once the visitors that still do come to Muizenberg go back home. But there are so many young families living in Noordhoek and between Fish Hoek and Wynberg who could take advantage of the beautiful Shul and come together to revitalise the congregation. It is all there, waiting for them.

What is your message to the Cape Town Jewish community?

There are some ex-Muizenbergers who tell me that because of the changes in Muizenberg they cannot bring themselves to go back. To them and others I say, drive out one day, find a parking space and take a walk that encompasses the beachfront as it is to-day with groups of surfers learning the skills needed to crest the waves, children galore running about, digging sandcastles or playing cricket on the beach, family groups enjoying picnics not unlike those our parents and grandparents packed, and have an ice cream cone in the hot sun as your eyes feast on that amazing stretch of sand, sea and mountains that will never change.

Then take a stroll into the heart of the kugelgasse where you grew up, or visited relatives and knew the name of every resident. Wherever you go you will be greeted with friendly smiles as you admire the immaculately restored cottages dating back to the turn of the last century. It’s a beautiful peaceful village that if the tourists knew about it, they would be rushing to photograph instead of Bo Kaap!

I have had enormous pleasure writing this book, and I hope that it will provide readers with great enjoyment too. In part it is based on oral history, so the reader may well have points of difference, but more importantly it provides a valuable record of a unique community that was here for a short while, and then simply disappeared.

The book is available at the Jewish Museum bookshop at Cafe Riteve, at the Gitlin Library and at Rustenburg Pharmacy in Muizenberg. For more about the author see www.Muizenbergshtetl.co.za or LIKE her Facebook page www.facebook.com/Muizenbergshtetl