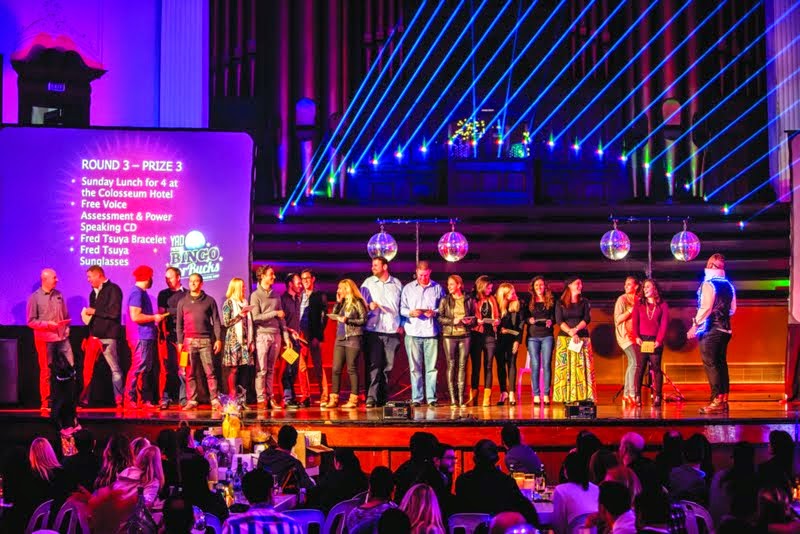 The Cape Town City Hall was given some glitz and glamour recently when YAD launched its Annual Campaign in ‘Studio 54 Disco Style’.

The event was a wonderfully warm and engaging evening, and we extend much gratitude to Macsteel for making this possible with their generous support.

Jodi Sher, YAD’s dynamic Chairperson, made an impassioned call for support and connection. The results indicate that young adult support in our community is growing as a result of events such as these, where community members finally get to understand what it is we are trying to achieve by their participation; leading to a fair amount of new donors giving their pledges for the first time.

This must be very satisfying for our community visionaries, many of whom are no longer with us, but they are no doubt smiling down as they see new generations investing in our sustainable future.

The buffet was typical of Merle Rubin’s abundant fare and there was no shortage of choice. Never mind the delectable desert buffet that followed the bingo!

Keeping with the ‘Studio 54’ theme, lasers and smoke machines coupled with old movie footage added to the atmosphere. The entertainment was impressive, with the Champion SA Skippers leaving the audience in awe of their energetic acrobatics with skipping ropes. The B-Boys also had jaws dropping at their brilliant dance moves.

The bingo players were spoilt with wonderful prizes from a host of generous supporters who are listed alphabetically on this page. Please support them in turn wherever possible — without the prizes we would not have had such a successful event.