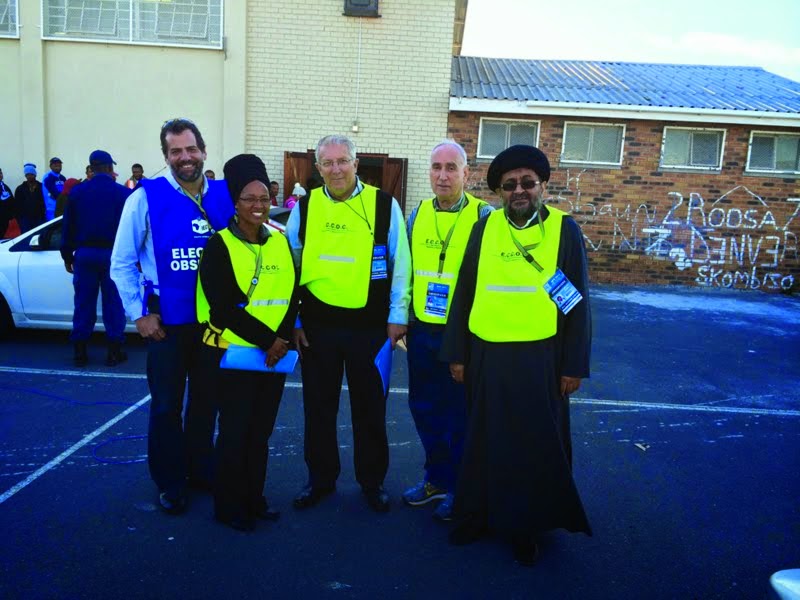 Elections have come and gone; the losers are reconsidering their options, the winners are choosing their teams. Forgotten are the people behind the scenes who help to make the elections free and fair, efficient and safe.

Among the latter group are the members of Electoral Code of Conduct Observer Commission (ECCOC), set up during the 1999 elections by the Inter-Religious Commission on Crime and Violence in the Western Cape as a neutral party that had a moral authority accepted by all parties. Among these are Board members Lester Hoffman and Adv. Michael Donen.

Before the elections they met with the political parties who signed a pledge to adhere to the ECCOC charter and when issues would arise, ECCOC would call meetings between the opposing political parties to defuse problems.

When there was a problem with procedures or officials at a voting station, or a lack of materials and election material, they interceded to ensure that these were addressed. Lester also monitored the vote counting that night from 9pm to 2am.

The ECCOC certainly plays an important role during the election process and their availability and visibility helped to ensure that minimal disruption took place at the polling stations.

For this, the wider community owes a vote of thanks to Lester Hoffman, Michael Donen and the other ECCOC volunteers for the time and effort they put into ensure safe and trouble-free voting stations.