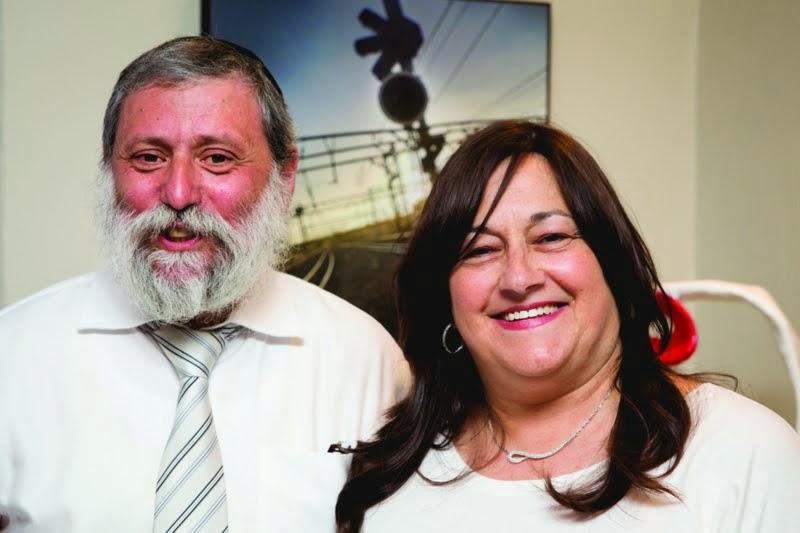 Despite disquiet and doubt, a Jewish community thrives

“Decades before the launch of the internet, let alone Facebook, the Lubavitcher Rebbe put into place a network — not a virtual network — but a living breathing network, of Chabad Shlichim around the world, wherever Jewish people might be found, not to connect them, but to reveal their already existent connection, with Hashem and with each other,” said Rabbi Ari Shishler. When Rabbi Mendel and Avi Popack came to Cape Town in March of 1976 to found the local chapter of the world’s largest Jewish organisation, “People were leaving Cape Town all the time and when they saw that I arrived to live there they looked at me as an abnormal person. They didn’t give me more than three years. By then nothing will be left in Cape Town,” they wrote me off,” said Rabbi Popack.

The Lubavitcher Rebbe did not agree — he offered repeated assurances that all would be well in South Africa and there was no need to flee. Michael Bagraim, newly elected Member of Parliament, a self-described ‘very secular’ Jew, credits the Rebbe’s encouragement as the glue that kept his family from leaving South Africa and dispersing all over the globe. “The Rebbe’s message was so true. It took us years to work it out, but it is so true,” said Bagraim.

As the outlook brightens for Jewish South Africa, Chabad is using resources to focus on the up and coming generation. Its line-up of programmes is very ‘young at heart’. J-Biz, Chabad’s Jewish businessperson’s networking group attracts 120 entrepreneurs to its monthly meetings. In Chabad of Cape Town’s Play Station, children’s little feet patter on red, yellow and blue carpet squares; and they slide Jewish CD-Roms and DVDs into players in the happily hued lounge that’s crammed with Jewish multimedia. The philosophy of ‘Play Station’ is to show youngsters how exciting technology merges well with Judaism.

Today Chabad of Cape Town celebrates two thriving Community Centres — each with a Family Shul and weekly Hebrew School, the Gan Izzy Day Camp, JLI Adult Education courses, youth and teen activities and clubs, the Friendship A recent class at The Chabad Centre (Cape Town) exploring the teachings of the Lubavitcher Rebbe Circle for children with special needs, the Sinai Academy primary school on the West Coast, and — in Rabbis Popack, Green, Deren, Hecht, Feldman, Silman and Wineberg — a veritable panoply of community rabbis serving in shuls across Cape Town.

Says Rabbi Popack: “The Rebbe once told me…that… I should tell the Jewish community that the main thing is ‘avodat Hashem besimcha ubebitochon gomur — to serve Hashem with simcha and with complete trust in G-d.’”

He also reiterates the Rebbe’s promise that: “it will be good for the Jews in South Africa until Moshiach comes; and then even better!”