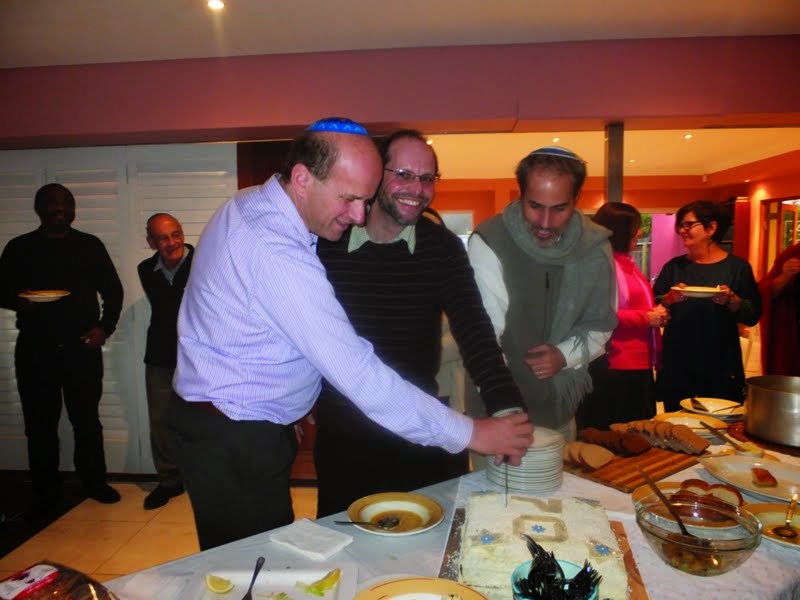 On the week of Shabbat Chukkat (27 / 28 June), Temple Israel celebrated its 70th Anniversary in magnificent style with Shabbat services and programming that represented the very best that the Progressive Movement has to offer.

We were blessed once again to have Rabbi Mark Goldsmith, his wife Nicola and daughter Miriam with us to help with the festivities along with the Temple Rabbinic team, volunteers and staff. Our first Challah Bake-a-Thon took place on 26 June at the Pick n Pay Cooking School in Kenilworth. Over 70 people of all ages learned to knead and curl the dough; and enjoyed a shiur by Rabbi Mark and Andi Kuti, kids activities and much more before the challot were baked.

Erev Shabbat was celebrated with a Shabbat Chessed service. The sanctuary was packed to the rafters with people, some of whom were experiencing the magic of Shabbat Chessed for the first time.

Shabbat Morning was Super Shabbat in Green Point, and as is always the case featured a huge array of programming including three service choices, a shiur led by Rabbi Mark and a Torah service which featured all the age groups in our congregation, some amazing programmes for all the kids, and a phenomenal brocha to end it all off.

In the afternoon we shifted our focus to the West Coast for a Pirkei Avot shiur led by our rabbis and a delicious seudah shlishit and beautiful Havdallah service to bring the Shabbat to a close.

These pictures represent a small part of the services and activities featured over the weekend. We would like to thank all of our brocha sponsors, the rabbis, staff and volunteers who really pulled together to make this a truly communal event.

The Cape Town Progressive Jewish Congregation is about to embark on another significant growth spurt in terms of membership and learning, and we invite all open-minded and Progressive people to join us.