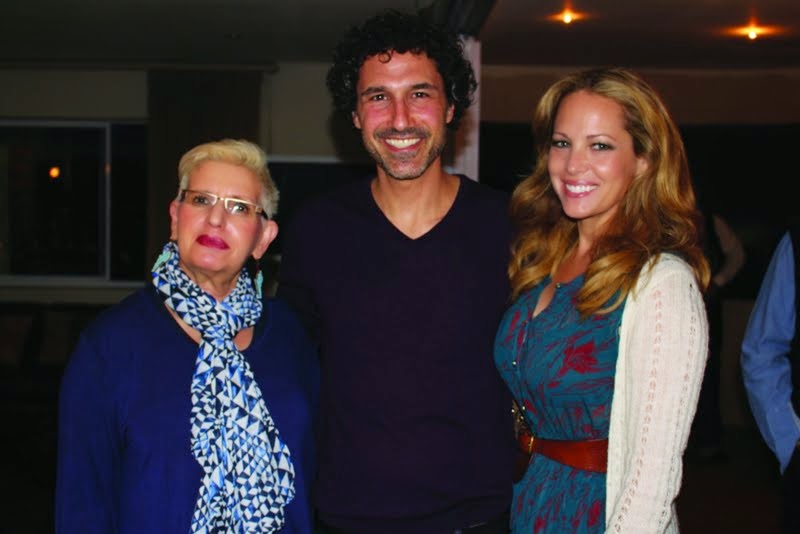 The Cape Board recently began a series of casual speaking engagements by interesting Jews doing unusual and exciting things in… well, cool places.

This event was also the ‘pre-launch’ of another new initiative called ‘The Mensch Network’, which highlights and supports the work of Jews in South Africa committed to creating social change.

Some 45 interested people from diverse parts of the community gathered at the new Moishe House in Vredehoek, (a community group house for young Jews under the age of 30) to hear Ethan Zohn and Dr Ryan Jankelowitz speak about their passion: an organisation called Grassroot Soccer (GRS).

New Yorker Ethan Zohn was playing professional soccer for the Highlanders club in Zimbabwe prior to taking part in — and winning — the reality TV show Survivor Africa in the early 2000s.

Exposed to the pandemic spread of HIV Aids in Africa, combined with his love of soccer, Ethan co-founded Grassroot Soccer, which promotes HIV/ AIDS education and prevention in Africa, through sport.

After completing his GP training and working for a few years, Dr Ryan Jankelowitz decided to put his medical career on hold to established the GRS South African office and served as the first Country Director, here in Cape Town.

These two young Jews, together with many other committed people, have established a ground-breaking organisation that now operates in 34 countries around the world and have touched the lives of over 600 000 children. They are a shining example of what it means to be a Mensch!

We are grateful to Grassroot Soccer SA for ‘lending’ us Ethan for the evening during his whirlwind visit, and to Maccabi and Moishe House for co-hosting the event.

Don’t miss the Mensch Network expo at the Jewish Museum, which will run until 7 December.