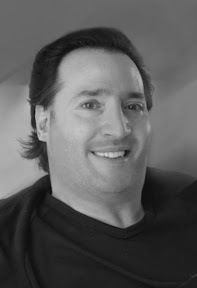 There has always been a legend around Joel Miller, who died on 24 October aged just 42. People from far and wide knew of a brilliant, magnetic man who in his mid twenties lost the use of almost his entire body in a shocking, life altering car accident. Already a star in his field, Joel was poised to take on the world and leave
South Africa for an international career that would, all agree, have propelled him to the very top of his game. G-d, it seems, had a different plan.

For almost two decades since his accident, and despite overwhelming odds, Joel displayed an extraordinary determination to stay positive, to see the good in things, to be in charge of his life and not to sink into despair. Using his amazing mind and ability to take charge, he created a life and environment for himself that was truly remarkable and spoken about with great interest and curiosity by the hundreds if not thousands of people around the world who knew him, or of him.

Joel Miller’s story is not only about an indescribable will to survive and the fact that he offered the world a striking model of what it takes to make the best of overwhelming circumstance.

What made Joel Miller remarkable was not just his brilliance, ability and courage … it was his heart.

Joel inspired and touched the lives of countless souls in remarkable ways, struggling as they did with their own challenges — personal, business or both. His compassion was ever present and he showed it in the most understated, dry, funny and deeply empathic way.

“Joel uplifted people,” says one of his closest friends. “It was the strangest thing and it happened all the time without you even knowing it. You went there to comfort him and more often than not you came away comforted.”

People listened when Joel Miller spoke and he changed the way people thought. He was hugely respected in business and as a friend and he brought people together. He was also a marvellous host and his dinner parties were legendary. Joel loved beautiful things — most of all great food. The minute you arrived at his home — and passed through the automatic door that he opened using the assistive technology that made his life easier — and walked into his high tech living environment, he would direct you to the fridge to try out
the very best cheesecake or whatever other culinary delight he had recently discovered.

A passionate man, Joel handled his life with a quiet nobility, never complaining or burdening anyone with his needs. Children loved him and used to tell their parents, “We want to go see Joel!”

For over 17 years, Joel Miller was more plugged into the world than most of us put together.

“He may have been trapped in his body but he travelled the globe. Joel knew everything. You would go to him and tell him something and invariably he would reply ‘old news’,“ says another friend. His regular parting comment was quietly said with a twinkle in his eye, “Be careful,’ he’d smile, “its a jungle out there.” How we loved that!

Words can never express the impact Joel Miller had on this world and there will never be another like him. In the quiet hours when friends or family had driven home, and he lay alone, his TV screens flickering around him and the city asleep, we hope Joel reflected on how much he was loved and deeply cherished by his family, friends and so many others.

Fly well, dearest Joel — you will never ever be forgotten.