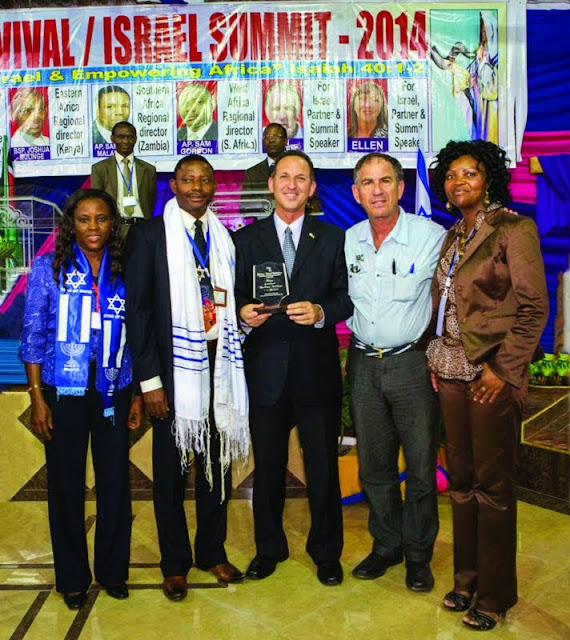 The largest gathering of Christian Zionists ever to occur on the African continent took place in Nairobi, Kenya from the 1-6 April.

Hundreds of Christians from 17 nations converged on the Kitangela Deliverance Church in an enormous demonstration of love and support for the Jewish people and the State of Israel. Many dignitaries, ambassadors and parliamentarians arrived, as well as some of the most well-known preachers from the African continent who came to show their support for Israel.

The Kenyan Government was represented by the wife of the Deputy State President, The Honourable Mrs Rachel Ruto. She spoke about her enormous love and respect for the State of Israel and that only when her husband became the Minister of Agriculture, and Kenya turned to Israel for help, has its agricultural sector really prospered.

She personally has undertaken 15 trips to Israel. A delegation of 5 Christians from Norway came to witness this historic event and Israel sent four delegates including a very dear and close confident and personal friend of Prime Minister Benjamin Netanyahu.

Five days of teaching as well as workshops on various aspects of Jewish life and Jewish history followed. The four South African delegates were led by one of the most prominent African campaigners on Israel’s behalf, Pastor Sam Gordon, who has in recent years become well- known among the leaders of the South African Zionist Federation.

Originally Nigerian, he now pastors a church in Johannesburg. He thrilled the huge crowd with his magnificent oratory skill and his knowledge of Jewish history. His love for Israel is so great that at a conference like the Israel Summit he wears a Tallit and Kippah to show solidarity with Israel and the Jewish people.

Three tour groups are presently being organised among the conference delegates to tour Israel, many for the first time, in August and November this year. The evening sessions concluded with the singing of Hatikva, and all envisaged that this summit will become an annual event. In April 2015 it will be held in Kigali, Rwanda and in 2016 in Accra, Ghana.